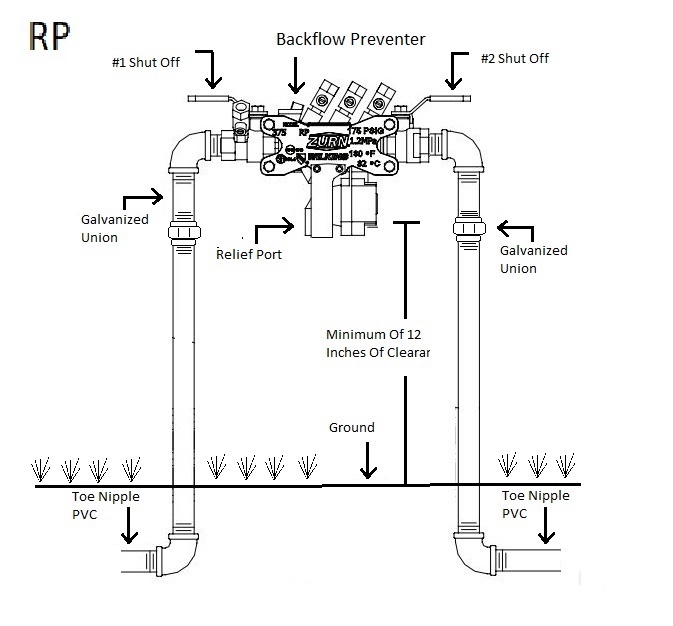 What is a Backflow Preventer?

A Backflow Preventer is a device that is designed to prevent the undesirable backflow or contaminated water into drinking water.

There are 4 types of Backflow Preventers available.

The RP / reduced pressure assembly is becoming the most popular assembly installed across the nation (USA, this information may only apply to properties in the United States Of America).  This is because the RP provides the best defense against backflow contamination when installing an assembly.  This level of security or reliability comes at a price as the RP is the most expensive device of the 4 options.  Generally totaling $300-$500 for the device and parts alone.  It is not uncommon for an installation of an RP to cost over $1000.  For this reason, many of the installers prefer to trade reliability for cost effectiveness.

The PVB / Pressure Vacuum Breaker and the SVB / Spill Resistant Vacuum Breaker work much the same and tend to be the most cost effective way to prevent backflow.  In fact, I prefer to use the PVB whenever possible.  If you intent to install a PVB or SVB, you need to call your local water department to see if they are an acceptable option in your area.  Some water departments only allow RP backflow preventers to be installed.

The DC / Double Check Assembly is an old school approach to backflow prevention and is no longer an acceptable device for new installations.  While the DC still provides a good defense against backflow, they have been found to be unreliable in certain situations, thus they are no longer allowed for new installations.  This is a shame, because the DC is the only backflow device that is allowed to be installed below ground.  Being installed below ground aids in the prevention of freezing and theft.  If your property already has a DC installed, it is considered acceptable in most circumstances to continue using that device (if you remove that device for any reason you cannot reinstall a new DC, you will be required to follow the new installation guidelines).  When I come across a property that currently has a DC, I do everything I can to continue utilizing that assembly, since I have seen countless devices stolen and broken from freezing or vandalism.

Here are 2 examples of backflow installations

When installing Backflow Preventers I prefer to use Galvanized components for all the connections above ground to add stability.  I also set the base with a small amount of concrete to provide extra stability.

The toe nipple is an extruded PVC nipple that has a consistent outside diameter, this is to provide the best conditions for gluing.  If you do not have access to extruded nipples the best alternative would be a PVC nipple and a female adapter.